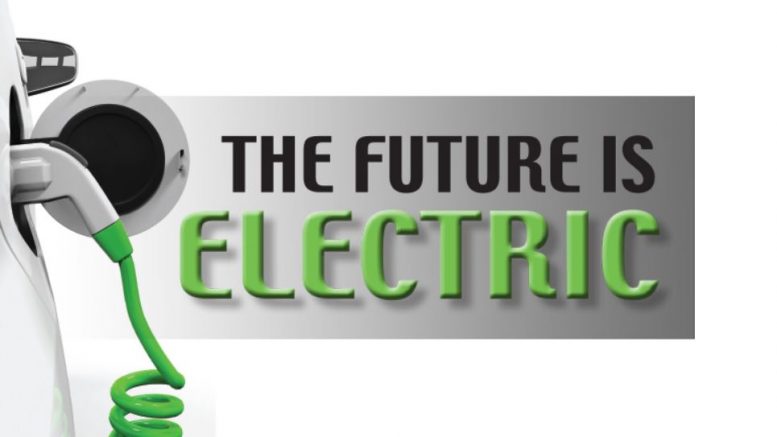 Two years ago, The Washington Post reported that among the most popular cars in America, Tesla’s Model S was “far and away the most loved vehicle overall.” Described as a zero-emission car that’s “outrageously sexy and desirable,” Tesla has helped catapult the electric vehicle (EV) into the upper echelons of the automotive industry—a feat not many would have anticipated just 10 years ago.

Since the introduction of the Nissan Leaf and Chevy Volt in the U.S. in 2010, EV sales have approximately doubled year over year with more than 96,000 vehicles sold in 2013 alone, according to Building Owners and Managers Association Greater Los Angeles’ (BOMA/GLA’s) Sustainability Committee.

But how big is the EV market, really, and why does it matter to the existing buildings market?

“From everything I’ve read and I’ve heard, electric vehicles will be as ubiquitous as our cell phones are now; they’ll basically displace the internal combustion engine at some point in the future,” says Paul Wessel, director, market development, for the U.S. Green Building Council, Washington, D.C. “And I think everybody’s all over the place about how quickly that’s going to happen.”

A new report from the Rocky Mountain Institute (RMI), Boulder, Colo., projects EVs will comprise 55 percent of annual vehicle sales by 2040, representing 50 million electric vehicles sold and 33 percent of total cars on the road worldwide. What’s important to note is how quickly the industry is growing. According to Bloomberg New Energy Finance’s (BNEF’s) 2018 EV outlook, it took 60 months for the first million EVs to find buyers; that figure doubled in 17 months, and 10 months later EV sales jumped from 2 million to 3 million. (BNEF predicts sales will reach 5 million in less than six months).

“I think we’re at the end of the early-adopter-phase market,” explains Amy Egerter, senior associate with RMI’s building practice. “But at the same time, it’s getting a lot of national attention, especially as people set these really ambitious climate goals, and electrifying the transportation sector is a big part of that.”

Clearly, the EV revolution is well underway. The question is: How can our current infrastructure accommodate a future dominated by electric vehicles?

Buildings consume nearly half of all electricity and, as the global population continues to grow, so will the demand for electricity. In fact, RMI projects electrical use will increase by more than two-thirds through 2040 across all sectors worldwide. Simultaneously, the growth of EVs will only contribute to load growth—as much as 11 to 16 percent, according to the report.

While state and local governments grapple with regulatory changes governing EVs, organizations like USGBC are working toward market transformation from within. Wessel, who currently leads the charge for USGBC’s Parksmart program (see “USGBC’s Parksmart Program”), says it’s good public policy to enact EV-ready rules at the local level. However, like LEED, USGBC promotes voluntary standards adopted by building owners who understand the market value of being forward-thinking.

“We’re trying to encourage people to be thoughtful as they’re both building new parking infrastructure and retrofitting their existing structures to think about all the options about how that single parking garage fits in the ecosystem of our mobility system,” Wessel says.

As building owners consider the big picture in terms of EV and energy loads, the authors of the RMI report pose a logical question: Where will all the additional energy come from? Likewise, is it possible for existing buildings to offset the predicted demand for EV electricity through increased deployment of energy-efficiency retrofits?

In short, the answer is yes.