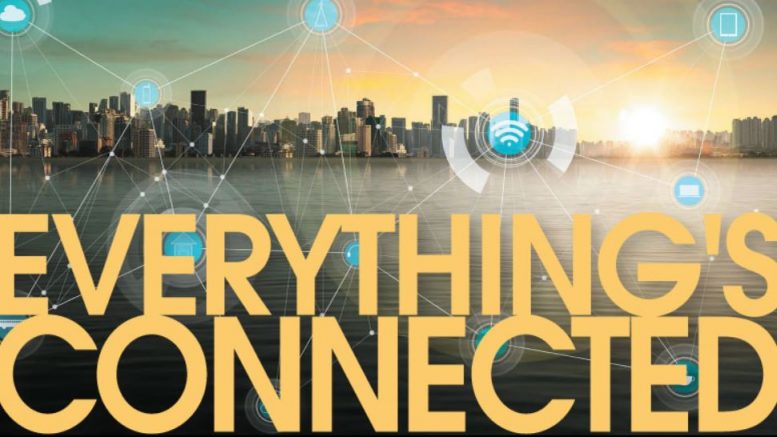 If the above quote rings a bell, it’s probably because you’ve read it before in a previous issue of retrofit (see the May-June 2015 issue). At the time, we reported on the trend in building automation toward mobile devices. Although the statement about building controls still rings true, advancements in technology are shifting the conversation yet again.

There’s no doubt mobile technology still plays a vital role in building automation; however, it’s only part of the picture. Connecting products and systems within a commercial building through the Internet of Things (IoT) is what’s making headlines— and for good reason. “Of all the current technology trends, perhaps the most revolutionary in terms of its ability to completely transform the way we live is IoT,” a recent report by Allegion suggests.

To the uninitiated, IoT is “a suite of technologies and applications that equip devices and locations to generate all kinds of information—and to connect those devices and locations for instant data analysis and, ideally, ‘smart’ action,’” as defined in a Deloitte study, “The Internet of Things in the CRE Industry”. Within the context of the commercial real-estate market, this means using cloud-based computing and networks of data-gathering sensors that allow products within a building to communicate with each other within an interconnected system. In other words, we’re talking about intelligent buildings that can gather data without human input.

“What I think we’re trying to get to is a situation where we can—using software and hardware—fully automate and optimize the building without the need for human intervention,” explains James McHale, managing director, owner and founder of technology consulting company Memoori, London.

Rob Martens, futurist and director of connectivity platforms for Allegion Security Products, Dublin, agrees: “Until very recently, the internet has been almost completely dependent on people and their inputs for its supply of information,” he observes in the Allegion report. “However, as tools and products evolve, these new smart devices are able to input data into the internet themselves. When groupings of these smart devices work in unison, they can reveal previously unseen patterns and opportunities. These results generate huge opportunities.”

Although McHale points out that full adoption of IoT in commercial buildings is a long way off, its significance is tremendous because of the proliferation of smart, connected devices and the data they can capture about building performance. The authors of the Allegion report project by the year 2020 there will be as many as 200 billion connected devices across the globe, which translates to roughly 26 smart objects per person. Further, a recent Deloitte Center for Financial Services study suggests that IoT technology has huge potential in commercial real estate with sensor deployment projected to grow at a compound annual growth rate of 78.8 percent between 2015 and 2020 to nearly 1.3 billion.

As such, IoT can turn virtually any object into a source of information about its usage and environment, which opens up incredible potential for commercial buildings. As the Deloitte study illustrates, the value created from the information generated by IoT “has the potential to widen the lens on value creation beyond location through a level of efficiency and effectiveness that could distinguish buildings within a marketplace from a desirability and profitability standpoint.”