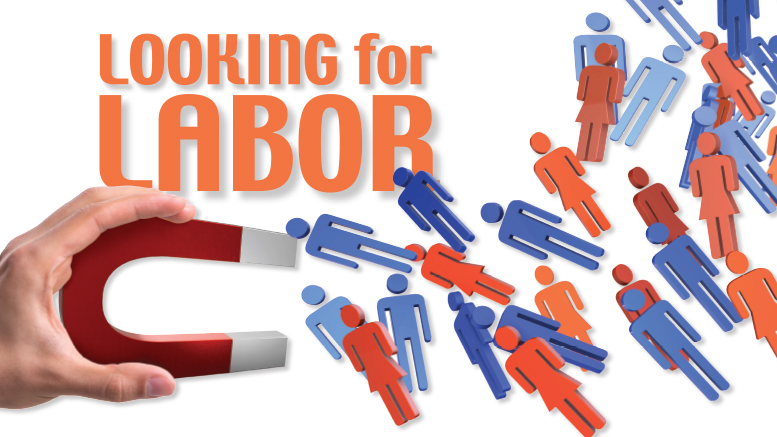 At the midpoint of 2019, the Washington, D.C.-based American Institute of Architects released an update from its Consensus Construction Forecast Panel that projected a 4 percent increase in nonresidential building for the remainder of the year, dropping slightly to 2.4 percent for 2020. Other indicators were positive, as well; the Washington-based Associated Builders and Contractors’ (ABC’s) Construction Backlog Indicator (CBI), a marker that reflects the amount of work that will be performed by commercial and industrial construction contractors in the months ahead, was holding at 8 1/2 months. Although the number was slightly lower (0.3 percent) than the previous month, the report was consistent with healthy construction activity across the country overall.

Despite the minor decline in the amount of work ahead coupled with speculation of a softening economy, most contractors surveyed by ABC still project higher sales and plan to hire more staff in the short term. Although the projections appear positive, there’s a major problem: There’s just not enough skilled laborers to fill available jobs.

“Looking at the [CBI] data, we can actually tell we are at a significant shortage just to do the work that is under contract yet to be performed in the next 12 to 18 months,” says Greg Sizemore, vice president of HSE and Workforce Development for ABC. “When you look at it mathematically, right now we can tell you we need an additional 400,000 craft workers—the young men and women, the seasoned professionals who are out there at the end of a wrench, hammering the nails, pulling the wire—and we are at a significant shortage that is impacting all aspects of the construction industry and what it takes to make a project occur.”

The labor shortage isn’t just short term, however. It is a growing concern among many industry experts because the lack of available skilled workers will continue to hinder the construction industry.

But there’s a movement underfoot to address the educational deficiency that may usher in a new era of employment and prosperity in America.

How Did We Get Here?

Before we answer the question of how, let’s talk first about where we are as it relates to the contemporary view of education and employment. Television Host Mike Rowe of the Discovery Channel show “Dirty Jobs” characterizes the dilemma this way on his Mike Rowe Works Foundation website:

According to the Bureau of Labor Statistics, there are more than 7 million jobs available across the country, the majority of which don’t require a four-year degree. And still, we talk about millions of “shovel ready” jobs for a society that doesn’t encourage people to pick up a shovel. We keep lending money we don’t have to people who can’t pay it back for jobs that don’t exist. Bit by bit, our culture reaffirms the misguided belief that a career in the skilled trades shouldn’t be desired.

The effects of this cultural conditioning are far-reaching and date back to 1965 when the Higher Education Act was signed into law; it strengthened resources for colleges and universities and increased student access to financial aid. In the decades that followed, there’s been a seemingly systemic emphasis on a four-year degree as the only viable path to success and stability.

In an effort to better understand the scarcity in qualified labor, Mooresville, N.C.-based home-improvement giant Lowe’s conducted research to help determine attitudes about skilled trades. “We understood [the problem] from a historical perspective, so we wanted to know if it was real when people were being asked in current day about opportunities in the skilled trades,” explains Mike Mitchell, senior director of Trade Skills and Learning for Lowe’s. The retailer surveyed a wide cross-section of people between the ages of 18 and 50 across the U.S. and concluded the most common reason people don’t pursue careers in the skilled trades isn’t about money; rather, it’s considered a threat to their identity, Mitchell says.

“We think there’s a deep cultural stigma we are trying to disrupt and reshape because it isn’t true,” he says. “These are high-growth careers. We went back and looked at the research and started to see current-day perception has been shaped a lot by the American economy, our education system and even pop culture for that matter.”

Complicating matters is the downturn in the economy that forced skilled laborers out of construction work, many of whom have not returned. “Through 2008 and 2010, you had a very slow economy construction-wise, and a lot of the craftsmen who were here in this marketplace actually had to move on and a lot of them went to oil-related jobs, which were what was available back then,” recalls Bob Moss, founder, chairman and CEO of Moss & Associates/Moss Construction Management, Fort Lauderdale, Fla. “So, we’ve lost some of the craftsmen that had to move on to other areas to be able to make a living.”

Lowe’s Report: Home Improvement Pros Had a Banner Year and Don’t Expect It to End

Be the first to comment on "There’s a Massive Shortage of Skilled Workers to Fill Construction-related Jobs; Here’s How It’s Impacting the Building Industry and What’s Being Done About It"