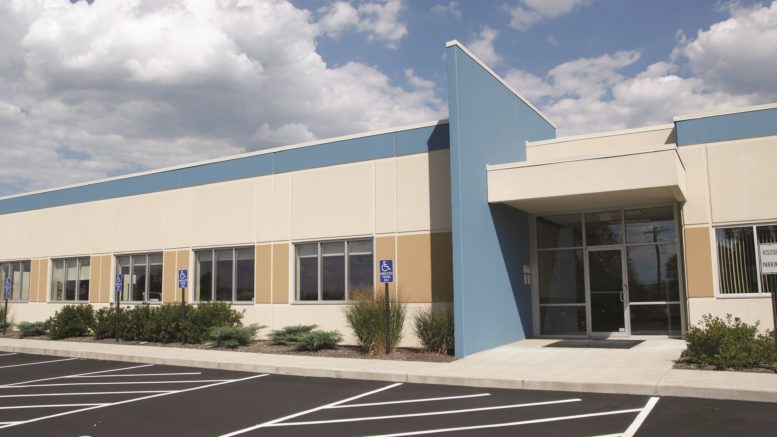 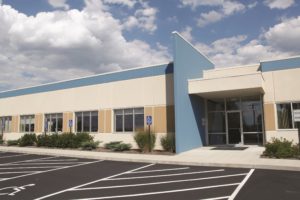 As a North American independent converter of sanitary tissue products, Green Bay Converting (GBC), Green Bay, Wis., understands the importance of adding value. The company operates 32 production lines for the high-speed converting and printing of bath tissue, toweling, industrial wipes, napkins and more. Each of these products is also packaged by GBC into various configurations as needed by its customers.

So when the time came for the rapidly growing company to move into a larger and more functional production facility, it’s no surprise that GBC chose Schuh Construction Inc., Seymour, Wis., to “convert” and add value to the new space. In this case, Schuh converted a vacant metal building plant into a suitable new home for GBC, providing a 157,200-square-foot Kansas City, Mo.-based Butler metal building system through a design-build solution. Schuh also reroofed the two existing structures on the property, adding 578,150-square-feet of new roofing in total.

GBC had been operating from a leased facility in a different location since its founding in 1999. Schuh had performed some work on the old facility, and the two companies developed a strong working relationship. As a result, GBC was happy to consider Schuh for the expansion project.

Even though GBC and Schuh were well acquainted with one another, the executives at Schuh went the extra mile in making their case for their building solution. According to Karl “Pudge” Schuh, CEO, Schuh Construction, his firm prepared a comprehensive presentation outlining the rationale and benefits of their proposed building strategy.

The decision-makers at GBC liked what they saw regarding the performance attributes the Butler systems presented, and they awarded the project to Schuh.

Protect the Investment with Roofing 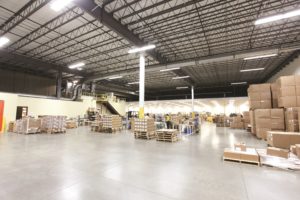 The new site was ideal for GBC’s expansion, but the roofs on the existing structures left much to be desired.

“The buildings were just too big for that type of inferior roofing,” Schuh recalls. “Plus they were 30 years old, so it was just time to reroof.”

Schuh provided a high-profile metal-over-metal solution, using the MR-24 roof system. It was the choice for several reasons. The MR-24 system adds less than 2 pounds per square foot of additional weight to the roof, so there were no structural issues with the existing buildings. Plus, the long life cycle of the MR-24 roof system assured a cost-effective solution.

GBC also wanted to employ sustainable building practices as much as possible.

The reroof solution allowed Schuh to add a layer of blanket insulation. This enabled GBC to increase the R-value and enhance the energy efficiency of the new roof system, which was a key concern for the company, especially considering the often frigid Green Bay winters.

Inside the existing facilities, Schuh performed several updates to accommodate GBC’s manufacturing operation. “Our shop area needed to be expanded,” recalls Ron Hildebrand, who was plant manager at the time of the expansion and is now manufacturing director for GBC. “So they helped us do that in the old buildings.”

Schuh also replaced much of the concrete flooring. “They had to reinforce it for the weight of our tow motors,” Hildebrand says. 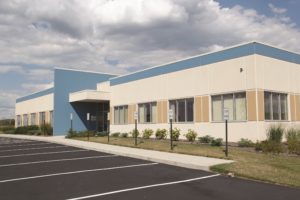 The nature of converting, with its state-of-the-art machinery and diverse production and packaging processes, calls for a manufacturing facility that can accommodate a decidedly high-pace workflow. Such needs set up perfectly for a systems construction solution.

Schuh chose the Landmark 2000 structural system from Butler for the large clear-span interior spaces it accommodates, which are wider than the spans in the existing structures. “Working with Schuh enabled us to put 50-foot by 75-foot posts in,” Hildebrand recalls. “It’s much easier, of course, to set machinery in between wider spans, and the Landmark 2000 system allowed us to do that.”

Another advantage of the Landmark 2000 system is the ability to facilitate wide bay sizes, which is another key consideration for GBC. With hundreds of full truckload shipments being moved through the facility each week—and several forklifts facilitating the process—GBC’s shipping operation is as finely tuned as its manufacturing lines.

GBC also had a strong desire to support local businesses with the construction on its new facility. One way they were able to achieve this was through the conventionally built 2-story building in the front of the complex that serves as the company’s main office area.

The exterior facing on this structure is a combination of EIFS and cultured stone, with the stone being supplied by a local quarry. Schuh also worked very closely with a local interior designer, who helped choose the colors, stone and tile in the interior areas. 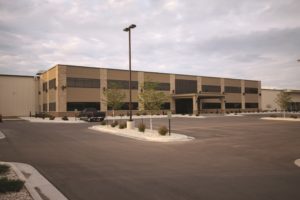 Overall, Schuh is very pleased with the way the GBC expansion project came together from a productivity and aesthetic standpoint. “GBC likes to show it off as much as we do,” he says.

Hildebrand would agree, “We get plenty of compliments on it, not only from first-timers, but from repeat customers as well.”