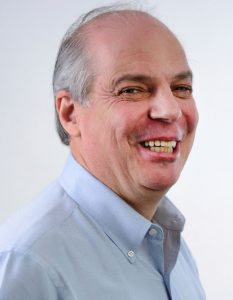 Topaz Lighting has announced the retirement of VP of inside lighting sales, Marc Schwartz. Marc started his career in lighting with Topaz in 1993 and has spent the last 25 years building the Vero Beach sales team and the Topaz Lighting brand.

For 15 years prior to joining Topaz, Marc was a well-respected manager at upscale dining venues. Most notably he managed a disco in New York City called Marshmallow, which was owned by the 1969 World Series Champion New York Mets own Art Shamsky. His experience catering to and managing high-end clients would inevitably pay off as he was able to transfer his strong relationship-building skills to the sales world.

Marc has taken his sales skills and elevated Topaz and himself. Throughout his tenure at Topaz, Marc has been promoted from inside sales, to regional sales manager, national sales manager, VP of sales and VP of inside sales. His knowledge of the lighting industry led Topaz to open the original distribution center in Jacksonville, Fla., and grow a team of salespeople capable of building customer rapport and the ambition to continue to propel Topaz forward.

On his retirement, Marc says, “It’s always been a pleasure to work at Topaz. My friends would think I was crazy when I said, ‘I love my job.’ I work with a fantastic team in the Florida office and I also have the pleasure of great interactions with our teams at all the sales and distribution locations. After so many years, it’s hard to think of just one stand-out memory, because what started out as an opportunity to sell light bulbs became a fulfilling career and the opportunity to work with people I call my friends.”

Everyone at Topaz congratulates Marc on his career and wishes him well in his retirement. Thank you, Marc, for your dedication and 25 years with Topaz!