Despite media reports that the economic downturn has diminished interest in green-building materials and environmentally sensitive building practices, Sam Hagerman, co-owner of Hammer & Hand, a remodeling contractor and home builder with locations in Portland, Ore., and Seattle, has found just the opposite to be true. When the economy hit the skids in 2008, Hagerman wanted to protect his employees from possible layoffs, so he diversified his business in several ways, including by creating a home performance and building science division.

After Hagerman and business partner Daniel Thomas were left uninspired by LEED, they embraced one of the most intensive green-building guidelines available: Passive House. According to the Urbana, Ill.-based Passive House Institute U.S., a Passive House is a very well-insulated, virtually airtight building that is primarily heated by passive solar gain and internal gains from people, electrical equipment, etc. 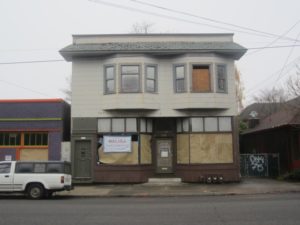 When Hagerman went through the Passive House consultants’ training he found a group of kindred spirits, “people doing really excellent work for all the right reasons.” He adds: “Passive House is a great example of how the built environment can be radically improved in almost every way by the study of building science and the application of building physics. If you really understand what’s going on with a building, you can lower the heat load to the point where you don’t need a traditional heat source. I think that is really exciting.”

And what better way to demonstrate the benefits of Passive House—low energy bills, improved air quality, thermal comfort, noise control—than through your own building? In March, Hagerman and Thomas began retrofitting a 2-story mixed-use space they own in Portland’s Southeast Division neighborhood, which is undergoing a major renaissance of its own. The 1916 building, known as Glasswood, had housed many tenants and businesses during its long history but underwent its most important programming yet: It is the nation’s first commercial Passive House retrofit and, appropriately, the new office of Hammer & Hand’s home performance and building science division. 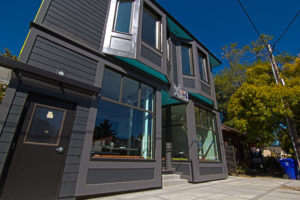 The Passive House concept was established in 1990 in Germany. The first U.S. Passive House was built just six years ago and although the numbers of U.S. Passive Houses continue to grow, Hagerman says “proof of concept” is just beginning to take hold. He believes the best way to showcase the benefits of a Passive House is through demonstration projects, like Glasswood. “Our office space allows us to talk about and demonstrate energy-conservation principles, building science and Passive House because it is a living, breathing example of a very low-load building,” he says.

Hagerman, who currently is president of the Chicago-based Passive House Alliance U.S., an organization that connects Passive House consultants, says Passive House doesn’t require building professionals to source strange materials or follow unfamiliar building techniques. “If we’re forced to use expensive and imported materials and equipment we’re going to have trouble getting market penetration,” he explains. “We need to use materials and techniques that are familiar to U.S. builders and not some esoteric wall construction.”

Be the first to comment on "Trailblazer: The Nation’s First Commercial Passive House Retrofit"