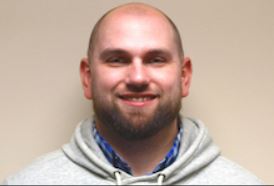 Tubelite Inc. has named Josh Herman as a client development manager serving western Pennsylvania and northeastern Ohio. Based in Ohio, he reports directly to Tubelite regional sales manager Jim Oberlin. They work with glazing contractors and architectural teams across the region to provide assistance with storefront, curtainwall, entrances and daylight control systems.

Herman brings technical skills and management experience from his years at Everhart Glass Co. in Canton, Ohio. As shop foreman from 2006-2013, he fabricated aluminum framing system, fulfilled glass and aluminum cutting requests, and was a field installer for contracted projects. In 2014, he returned as the operations manager where he ran the day-to-day operations, estimated, and oversaw safety and quality on midsize to large contracted projects. In the interim, he held the position of project manager at Oldcastle Building Envelope in Warwick, R.I., from 2013-2014. As project manager, Herman worked with internal and external architects and engineers on reviewing architectural drawings for use in the field and coordinated deliveries for customers.

Herman perused a bachelor’s degree in business finance at the University of Akron, received his Real Estate Certification from Hondros College in Akron, Ohio, and stays active in his community as a youth sports program coach.

To learn more about personnel at Tubelite and its products and programs, please visit the website.