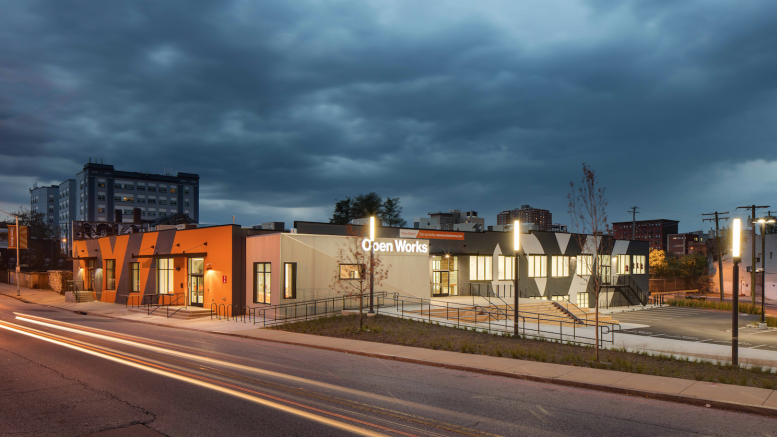 COVID has led to unprecedented and uncertain times for the design professions and many industries across our economy. Tough economies tend to lead to a slowdown in new construction and an increase in building retrofits, but this may in fact be a great opportunity. This is the time for architects and communities across the U.S. to enhance underused infrastructure and existing buildings and build in a smarter way that values building and material life cycles.

Existing buildings are resources—even those that aren’t currently energy efficient. Imagine, for example, tearing down all commercial buildings from the 1970s (the era of building stock that demonstrates the worst energy performance) and constructing new buildings on those sites. A vast amount of materials would be extracted, transported, manufactured and installed, which would come at a high environmental cost in the form of carbon. According to 2012 Commercial Buildings Energy Consumption Survey (CBECS) data, buildings constructed in the 1970s account for approximately 12 percent of the commercial building stock in the U.S. If we were to tear down and replace this inventory of commercial building space, which totals nearly 11 billion square feet, the impact of all that demolition and new construction would be about 572 million metric tons of carbon.

Improving existing building performance can make a big difference in energy and carbon savings. If we were to renovate and make all these 1970s-era U.S. commercial buildings more efficient by just 10 percent, we could save about 16 million metric tons of carbon each year through operational energy savings—savings equal to reducing running four coal power plants a year (see calculations below). The takeaway is two-fold: buildings of this generation are some of the highest energy consumers and are ripe for quickly achievable energy savings that will have a sizeable impact. Demoing and building new, however, would be a huge material investment that would take a very long time to recoup in energy and carbon savings.

Advocating for Renovation and Reuse

There are a number of costs and impacts that result from not improving existing buildings. A 2008 study in Baltimore, for example, concluded that each vacant and unsafe property on a block increased annual police and fire expenditures by $1,472. With a vacancy rate of nearly 8 percent, or 19,000 properties, that equates to $28 million in Baltimore spent on vacancy-related expenditures. A similar study of eight cities in Ohio identified $64 million in costs to local jurisdictions related to vacant and abandoned properties, including city services, decreased property values and lost tax revenue, as well as delinquent taxes. By inverting this resource drain, these buildings hold immense potential.

Through a potential coalition of partnerships, investments could be reallocated to tax incentives for reuse.  As architects, we ought to advocate for use of these undervalued resources. Let’s offer more solutions, form more partnerships and create coalitions within communities based on local needs. Instead of letting these buildings die out, let’s wear into them and embrace the potential for their continued use. Who in our communities can become a partner in this impactful effort?

We can build and renovate smarter and make better material choices with a mindset that examines how long materials will be in the building and what will happen to them throughout at the end of the life cycle. As a guide:

1) Reuse the structure: Concrete and steel have the biggest impact on embodied carbon and the energy required for material production. One example: The design of Open Works, a Quinn Evans project in Baltimore, transformed an industrial warehouse into a vibrant maker space. By reusing the existing building and keeping the materials palette simple, the project saved over three quarters of the embodied carbon of a comparably sized new building.

2) Improve energy efficiency and health: An Eskew Dumez Ripple case study of a 135,000-square-foot office building demonstrated that a mechanical systems upgrade realized increased energy efficiency and reduced the utility bill by approximately 70 percent (from $125,000 annually to a projected $35,000). These dollar savings equate to a less than one-year carbon payback in emissions saved from improved energy efficiency. The mechanical improvements also reduced measured CO2 by 35 percent, improving health and air quality for occupants.

3) Use lower embodied carbon materials or biobased materials, particularly for furnishing and casework that are more readily replaced. The carbon smart materials palette is a good resource for high-impact and carbon-smart materials.

4) Use thoughtful design strategies to create buildings that people love and value for their heritage. Restored buildings are a great environmental resource and their stewardship will continue the cycle of efficiency for a longer span of time.  We can all do more. As architects, designers, and builders, we must be creative about envisioning improvements or new lives for existing buildings. There are tremendous economic, social, and environmental opportunities that have yet to be tapped. Recognizing that the U.S. building stock is an important resource, we can advocate for more and better economic incentives and policies for building reuse and energy improvements. We can think holistically about the building lifecycle, exploring durability, flexibility, resilience, and end life. We can restore, reuse, and adapt existing buildings for new purpose, while illuminating and celebrating community heritage. Developers, local governments, preservation advocates, and community representatives should look to architects for leadership, and we should deliver.

How much embodied carbon would be involved with tearing down and replacing all 1970s commercial buildings?