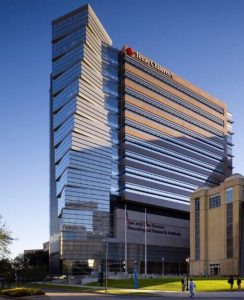 The energy efficiency of the Aircuity systems at Texas Children’s Hospital saves the hospital approximately $231,000 annually.

The NRI also earned the TurnKey Facility of the Year Award, based on its achievements in the design and construction of their animal laboratory. Aircuity’s demand control ventilation technology was applauded for its innovation and energy savings that it is providing the Neurological Research Institute.

“The Neurological Research Institute was built to bring a collaborative group of scientists together under one roof to make greater strides in addressing pediatric neurological disorders”, explains Jill Pearsall, director facilities planning & development at Texas Children’s Hospital. “Facilities have become as complex as the research that goes on within them. Putting together the right team and aligning them with the same vision and goals is critical to the success of a project and the environments created by it for years to come. Having specialists like Aircuity and Techniplast as a part of this team was key to getting it right.”