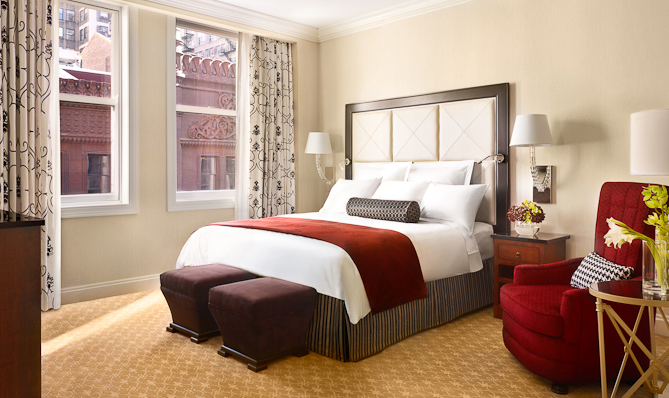 In urban areas, traffic noise is everywhere. Sirens blare, horns honk, and people don’t like it. They especially dislike missing out on a good night’s sleep when they can hear traffic noise from their hotel room. 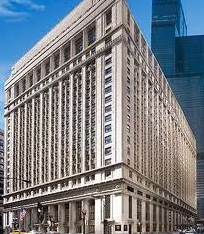 “Our hotel had been in business for 12 years, and during that 12 years, we had one main problem, and that was the highway noise,” says Fettah Aydin, assistant general manager at the Embassy Suites Sacramento Riverfront Promenade, a 242-room hotel in California’s capital city. The hotel is wedged into a triangular lot between the Sacramento River on one side and Interstate 5 on the other side.

“The interstate highway is very busy,” Aydin says. “It takes goods and people all the way from Mexico to Canada. And our hotel’s one side faces this very busy highway. From our building you can see the capitol of California, so we have a lot of important people coming and going and we are essentially handicapped on that one side of the building.”

Through some Internet searches and by attending some conferences, Aydin found Maine Glass, based in Park Ridge, Ill. The original window condition was a double-paned glass on the outside, and a third pane on the inside. Maine Glass removed the third layer of glass that was installed initially and installed thick, interior insulating glass windows on the Interstate side of the hotel.

“We were so happy with the interior insulating glass windows that we added those windows to one more side of the hotel,” Aydin explains. “The improvement was so great that we were able to essentially insulate the building all around now.” 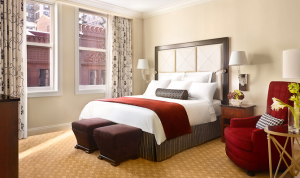 The Embassy Suites experience has been repeated across the country. For example, the Hampton Inn, West Des Moines, Iowa, occupies a site adjacent to Interstate 80, which carries heavy volumes of traffic from coast to coast. “The hotel was taking a lot of noise complaints,” says Ryan Hansen, general manager of the Hampton Inn.

A new HVAC system, installed in 2006, was much quieter than the old system. “I think when that change was made, the highway noise became much more evident to the guests and they were giving us a lot of complaints,” Hansen adds. Then the hotel installed interior insulating glass windows from Maine Glass in all 135 guest rooms.

“The windows made a wonderful difference,” Hansen says. “If we had a backyard, the interstate would be sitting in it. But now the noise is much reduced.”

The Crowne Plaza Hotel, Foster City, Calif., is situated next to a six-lane freeway, Highway 92, which has been widened since the 350-room hotel was built in the 1980s.

“What was acceptable [in the ’80s] as noise is no longer acceptable,” says says Martin Uiberlacker, assistant general manager of the hotel. “We definitely got complaints prior to installing the interior insulating glass windows. After installing the Maine Glass windows, the noise complaints were significantly reduced and it became a non-issue. The windows definitely made a positive impact.”

Installation of the windows was painless and precise, Uiberlacker said. A hotel attendant could coordinate work so the windows could be installed in the morning after a guest had left. “We were able to get the rooms back on the same day and have housekeeping go in and turn them around,” Uiberlacker said.

In addition, Maine Glass sends a technician to measure every window opening ahead of time. Even a 1/8-inch difference is noted and windows are made according to specifications. “We had a local company do a similar project for us for a portion of the windows, and they just did a cookie-cutter type of production,” Uiberlacker says. “They produced the windows a little smaller, to make sure they fit, and then filled in the gaps with some trim pieces. That didn’t really help reduce the noise. So we had Maine Glass come back and show us how to redo those windows to make sure they fit nice and tight into the openings. That’s their main business. They were very professional and very accurate in the way they went about installing the windows.”