Winterthur Museum, Garden & Library is located in the rolling hills of the Brandywine Valley just north of Wilmington, Del. Originally, the property was the family home of Henry Francis DuPont, a renowned collector of American art and decorative arts, a horticulturist known for extraordinary naturalistic gardens and a dairyman who created bloodlines that still influence American milk production. Winterthur opened as a public institution in 1951. The 1,000-acre campus includes 118 structures; 10 miles of paved roads; a dedicated water and sewer system; and extensive collections that require a specialized preservation environment, creating complex control and sustainability challenges for Winterthur’s Facilities Director John Castle and his staff. 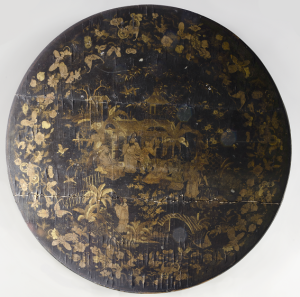 The core museum complex consists of three interconnected buildings constructed at different times primarily during the 20th century: the Galleries with 35,000 square feet of displays; the Museum with 175 rooms containing distinctive architectural features and furnished with approximately 85,000 objects; and the Research Building, which houses the Winterthur Library and extensive conservation, research and education facilities. Winterthur’s collection spans more than two centuries of American decorative arts and contains some of the most important pieces of American furniture and fine art, including a set of six matching tankards by Paul Revere, the standing portrait of George Washington at Verplank Point by John Trumbull and the finest high-style American Chippendale furniture. The independent research library contains more than 90,000 volumes and 1 million manuscripts and images related to American history, technology, decorative arts and architecture.

Winterthur’s facilities staff working with conservators had undertaken several efforts during the last decade to develop energy-saving protocols but was consistently frustrated by the inability of monitoring systems to provide reliable real-time environmental information that would ensure collection safety while conserving energy. A unique team of engineers, facility and energy managers, collection conservators and preservation environment consultants had to come together and learn each other’s languages to move toward a common goal. Ultimately, they created a solution that resulted in a 20 percent energy reduction and led to Winterthur receiving the prestigious Corporate Energy Manager of the Year Award from the Greater Philadelphia Chapter of the Association of Energy Engineers 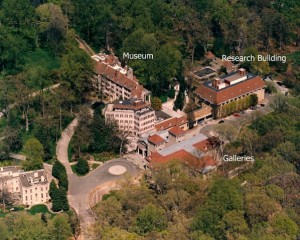 The mechanical infrastructure includes a central steam plant, two central chilled-water plants, multiple high- and low-pressure air-handling units, hundreds of induction units, multiple fan coils and many pumps. These systems are tied together through a network of false walls, pipe chases, tunnels and hidden mechanical alcoves previously operated by three obsolete pneumatic controllers that could not communicate with each other. It is a complex system to which many undocumented and often counterproductive changes and adjustments have been made during many decades.

In early 2012, Castle initiated a comprehensive audit of the HVAC system, contracting with the Warrington, Pa., office of Limbach Engineering & Design Services, which already provided backend maintenance services for the system and was familiar with its issues. Castle shared Limbach Engineering & Design Services’ detailed report with Lois Olcott Price, director of conservation, an advocate for a more stable and sustainable collection environment. The recommended mechanical upgrades were fairly straightforward, ranging from boiler-burner and air-handler control upgrades to variable-frequency-drive installation. However, the monitoring and system control issues required radically new thinking.

The heart of the recommendations, therefore, was installation of a unified web-based system that monitored and controlled every fan, valve, motor, damper, air handler, boiler and chiller in the system, allowing the entire mechanical system to be monitored and adjusted from any place and using any device with Internet access. The web-based Building Automation System was developed by Richmond, Va.-based Tridium on the open-source Niagara framework. 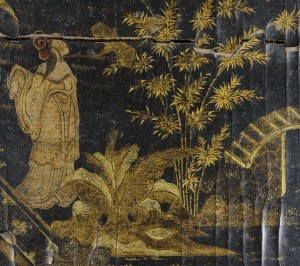 Unstable environmental conditions caused the split in the top of a lacquer table brought to the U.S. in the early 19th century during the height of the China trade. The table currently is undergoing conservation treatment. PHOTO: Jim Schneck, courtesy Winterthur Museum, Garden & Library

Reilly, who often partners with Herzog, has become a leading consultant for cultural heritage institutions working on energy and sustainability projects. Research at IPI has led to a much better understanding of the environmental needs and tolerances of collection materials; explored the ability of structures under favorable weather conditions to buffer the environment without the intervention of HVAC systems; and developed tools, such as e-Climate Notebook, that help quantify the response of objects to different conditions and balance that with reduced energy consumption that will not compromise collection preservation. Reilly and Herzog raised some useful questions and made a game-changing suggestion: Why not create an interface that would automatically populate e-Climate Notebook with data gathered by the web-based control system?

Be the first to comment on "Winterthur Museum, Garden and Library Sustains Collections while Saving Energy"