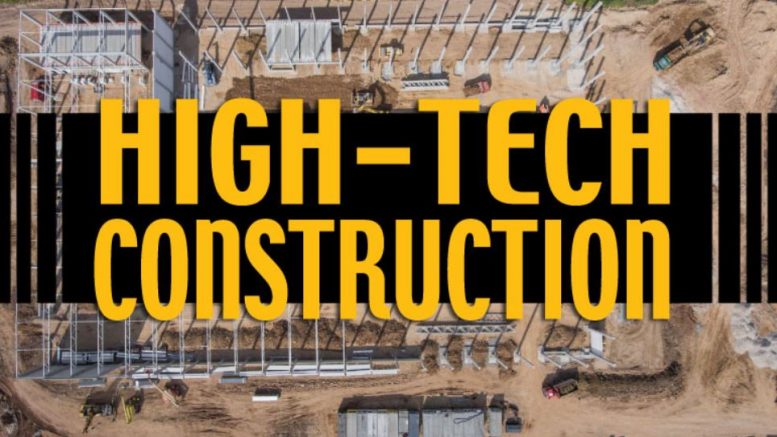 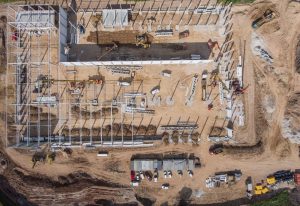 While historically slow to adopt these innovations, the construction industry is on the precipice of realizing unparalleled efficiencies and safety as it continues to evolve

In the cinematic sci-fi trilogy, “The Matrix”, audiences are introduced to a dystopian future in which robots have seized control of the world and waged war on humanity. Although the depiction of a nefarious line of robots makes for great movie-making, the perils that artificial intelligence poses to the human race are obviously highly exaggerated.

However, that’s not to say technology doesn’t pose certain threats to people, even those working in the built environment. Case in point: increasing automation in the construction industry could displace or replace as much as 49 percent of America’s blue-collar construction workforce (2.7 million workers) and eliminate nearly 500,000 non-construction jobs by 2057, according to a new study by the Midwest Economic Policy Institute (MEPI), St. Paul, Minn., and the Project for Middle Class Renewal at the University of Illinois at Urbana-Champaign.

“Whether through the use of robotics, virtual reality or other technological innovations, automation has been increasing productivity, reducing costs and improving quality,” says study co-author Jill Manzo. “With capital growing, the industry struggling with skilled labor shortages and our nation facing growing infrastructure needs, it is fair to conclude that the pace of automation is likely to accelerate in the decades to come.”

Whatever dark cloud technological innovation may present on the one hand, on the other is a very bright, silver lining in terms of the promise that high-tech construction tools and techniques offer the industry to help update the existing building stock. Although historically slow to adopt these innovations, the construction industry is on the precipice of realizing unparalleled efficiencies and safety as it continues to evolve—whether by choice or necessity.

In a recent statement, Chad Hollingsworth, co-founder and CEO of IoT solutions provider Triax Technologies, Norwalk, Conn., said: “Few industries have as great an impact on our economy as construction, yet the industry has been slow to embrace the digital tools and real-time data that have transformed other industries. This past year, the reduction in skilled labor drove contractors to seek out new technologies, such as IoT-enabled wearables and cloud-based solutions, to unlock efficiencies, improve safety and achieve more with the same number of resources.”

Jono Millin, CPO and co-founder of DroneDeploy, San Francisco, agrees that the construction industry has been slow to adopt new technology, citing a conservative mindset among construction executives when it comes to such investments, in spite of the fact that the industry is well-positioned to benefit from technological disruption.

“Much of this [conservatism] stems from the cost and scale of their operations and the burden construction executives face when implementing new solutions,” Millin explains.

“The construction industry doesn’t like changing at all—it’s definitely the rear guard,” says John Tocci Jr., director of virtual design for Toci Building Corp., Woburn, Mass. He points to a widespread mentality in the industry best characterized as “the appeal to antiquity”—the thought process that suggests, “We’ve always done it this way in the past and it works, so why change?”

However, Tocci points out that the industry’s resistance to change isn’t necessarily universal. “The construction industry is interesting because it’s pretty heavily bifurcated insofar that you have certain markets or segments that have a heavy use of technology,” he observes. “Generally speaking, you get into more of the high-tech construction when you’re doing pharmaceutical and process-related work—process manufacturing, semiconductors, clean rooms, etc.—you generally see a higher degree of sophistication” in those projects, Tocci says.

Overall, the industry is making progress, especially as advanced tools prove their efficacy on the job site. For example, Millin says new technologies, like drones, virtual reality and 3-D printing, “hold so much potential for speeding up or completely automating workflows—and the results are hard to ignore.” He points out that his firm helped a client reduce survey times by 75 percent by collecting 3-D point cloud data on job sites—cutting a typical two- to three-week process down to a matter of days.

Are Drones the Secret to Jobsite Safety?

Be the first to comment on "With New Technologies Becoming More Affordable, the Industry Is Inching Its Way Toward an Increasingly Automated Future"