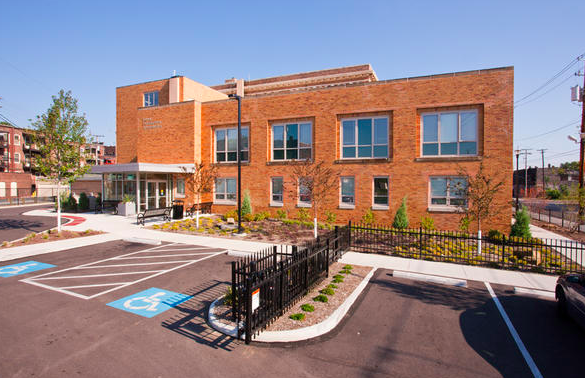 Built in 1904 by Frank Barnum, a Cleveland architect responsible for many early 20th-century schools, Doan School was expanded in 1906 and again in the 1950s.

When constructing multifamily housing, most contractors need only to repeat the same floor plan as many times as it takes to complete all the units in a building. In the case of the 45-unit Doan Classroom Apartments in Cleveland, however, the contractor had to take special care with each unit. Each former classroom had nuances and unique elements that ensure no two units are the same. 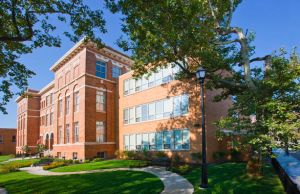 Doan Classroom Apartments, Cleveland, is composed of 45 apartments housed in former classrooms with their own nuances and unique elements that ensure no two units are the same.

Built in 1904 by Frank Barnum, a Cleveland architect responsible for many early 20th-century schools, Doan School was expanded in 1906 and again in the 1950s. The building then underwent a transformation in 1985 to low-income housing. It fell into disrepair and finally found itself vacant and boarded up in 2008.

The non-profit Cleveland-based Famicos Foundation worked with the city of Cleveland to purchase the property, which is a nationally registered historic landmark, and turn it into affordable housing for senior citizens using low-income housing tax credits and federal historic preservation tax credits. Because the concrete and masonry building still was in good condition, it would help Famicos Foundation meet its green-building objectives. “Cleveland has some very high green-building standards, and we knew we wanted to achieve those goals,” says Mike Bier, Famicos Foundation’s project manager.

The historic nature of the former school required the design and construction teams to respect the original architecture and features while updating them. “Our purpose was to go in and gut as much as we could while maintaining the historic fabric of the building. With historic tax credits, you don’t have to mimic what’s there, you just need to provide something complementary that speaks to the time in which it was built,” explains August L. Fluker, AIA, LEED AP, principal at Clevelandbased City Architecture, the project architect. “We designed a very elegant entrance vestibule at the north end of the building that was fun to do. We created a metal panel with glass that marked the main entrance.”

Sharon Trsek, architectural historian with general contractor Marous Brothers Construction, Willoughby, Ohio, explains the window restoration by Racy Custom Woodworks, Lakewood, Ohio. “Each window on the front façade of the 1904 building was restored using the original wooden frames that have been routed to accept newer, more energy-efficient double-pane glass with weather stripping. New windows were installed on the balance of the building.” 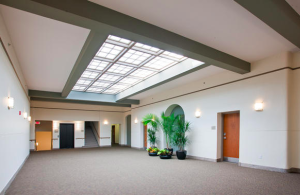 “During the renovation, old acoustic ceilings were removed, revealing 12-inch-high plaster crown mouldings on the first floor,” Trsek recalls. “Plasterers were brought in to bring the original designs back to life.” Restoring the original plaster was another step in respecting the building’s history.

Refurbishing the 1950s addition was more challenging. “It had been built for expediency and not for longevity,” Trsek says. “But giving attention to the addition was important to ensure the history of the building’s more recent past was preserved. Large window openings in the 1950s expansion that had been closed up during the 1985 renovations were restored to their configurations in keeping with the international character of the addition, and a new ADA-accessible vestibule was added.”

The roof also was maintained. “Through the years, certain portions were damaged from water infiltration. We replaced the sheathing but the roof structure was in solid shape. We did reinforcing where required to keep it intact,” Fluker says. Trsek adds the former coal-tar pitch built-up roof was replaced with a white thermoplastic polyolefin membrane, which reduces the urban heat-island effect.