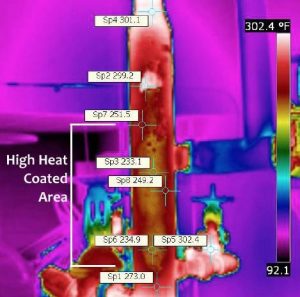 It may be surprising to know that folks living in a place like Fairbanks, Alaska can have issues getting cold water. This is what was happening several years ago at Fort Wainwright Army base. Those living on base would turn on the cold faucet and warm water would come out. The issue was that, due to the frigid cold in that part of the world, pipes are often housed in a utility tunnel, also known as a utilidor, which is a passage built underground or above ground to carry utility lines such as electricity, water supply pipes, and sewer pipes.

The utilidor at Fort Wainwright that housed the cold water pipes also housed steam pipes that were running right alongside them, which was why the buildings on base were having a hard time getting cold water. They were also losing a lot of energy from uninsulated steam pipes, but the cold water was the most immediate problem.

Traditional insulation was not a good option because it was too bulky for the confined space and it caused corrosion of the pipes. Corrosion Under Insulation (CUI) happens when moisture is trapped beneath fiberglass, mineral wool, or similar types of insulation, and it is very costly and dangerous. It can also tend to happen more easily when piping is either buried or housed in underground tunnels and not seen every day.

The coating also provided the same insulation for the cold water pipes. It allowed cold water to be delivered to the homes and buildings on base without the steam causing it to be warm. Energy was also saved from reducing the heat loss from the steam pipes and maintenance costs were reduced because the coating prevents corrosion too.