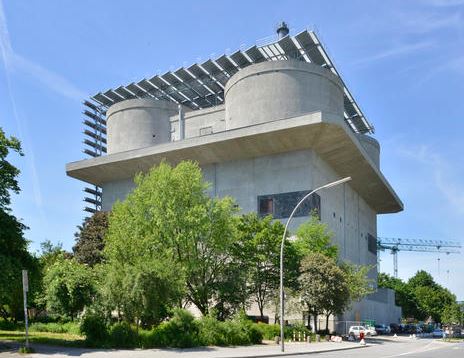 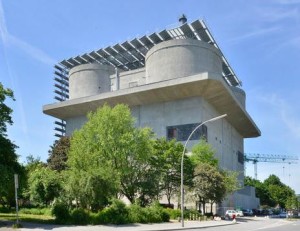 A German air-raid bunker erected in 1943 today supplies its neighborhood with green energy. The 187- by 187-foot building in the district of Wilhelmsburg in Hamburg, Germany, was mostly destroyed by the British in 1947; only an outer shell with nearly 10-foot-thick walls remained. After standing as a war memorial for more than 60 years, in 2010, the city of Hamburg refurbished the building, which opened in 2013 as the Energy Bunker.

One of the project’s most unique features is its large-scale storage facility that integrates different eco-friendly heat and power units. It is fed by the heat from a biomethane-fired combined heat and power unit within the facility. A wood combustion system that uses waste wood from agriculture and forestry and a solar-thermal system installed on the bunker also generate energy. Waste heat from a nearby industrial plant is transferred via a district heating connection between the industrial company and the Energy Bunker where it is stored in the bunker before being distributed to local households. The holding and subsequent distribution capability of the storage facility will result in a significant drop in the thermal-generation performance, from 11 to 6.5 megawatts, enabling the economic use of renewable energy as part of the heat-supply concept.

The bunker also has 17,222 square feet of photovoltaic panels on its south façade and 11,840 square feet on its roof. The energy generated by the PV panels is fed into Hamburg’s electric grid where it supplies 3,000 households with heat and 1,000 households with electricity. Compared to traditional electric and heat generation in Hamburg, the bunker yields a carbon savings of 95 percent, which is about 7,275 tons of carbon per year.

Beyond clean-energy rewards, residents can dine in one of the bunker’s flak towers, which has been transformed into a café. At 98-feet high, the cantilevered platform runs around the entire building to offer 360-degree views of nearly all of Hamburg.

The bunker is part of the Renewable Wilhelmsburg climate-protection plan, which aims to provide the district’s 50,000 residents with carbon-dioxide-neutral electricity by 2025 and climate-neutral heating by 2050. By 2015, half of the electricity needs of all buildings on the Elbe Islands (where Wilhelmsburg is situated) will be produced onsite by renewable energy. The basis for the work within Wilhelmsburg is provided within the framework of the International Building Exhibition Hamburg, which has dedicated energy projects and is setting the groundwork for meeting Wilhelmsburg’s energy requirements. 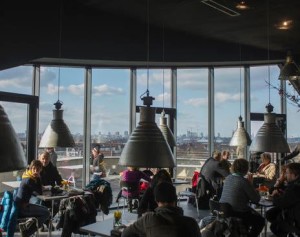 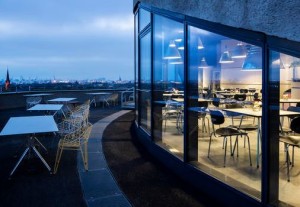 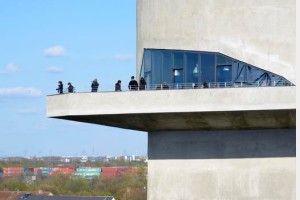 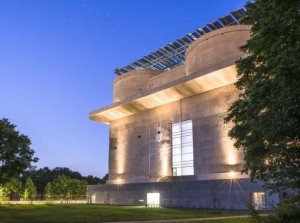