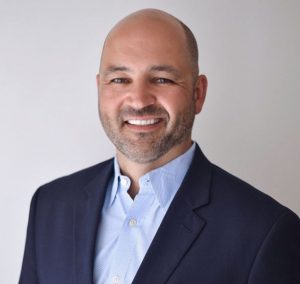 Oliver Bahr comes to Hansgrohe Inc. with the advantage of a dual citizenship and a documented history of success in product and brand development, performance culture, and collaborative e-commerce strategies.

Hansgrohe Inc. announced it has appointed Oliver Bahr as president/general manager. Formerly president at Franke Kitchen Systems North America, Bahr comes with the advantage of a dual citizenship (USA and Germany) and a documented history of success in product and brand development, performance culture, and collaborative e-commerce strategies.

Bahr has a history of achievement in sales and marketing, including establishment of operational footprint and performance optimizations. His diverse range of international expertise and his multicultural background will be an asset in his role at Hansgrohe as he looks to build on its success in 2018. A team of over 250 employees and a manufacturing facility in Alpharetta, Ga., will also fall under Bahr’s supervision, furnishing Hansgrohe with a concerted edge.

According to Interim President Sibylle Mair, “Hansgrohe’s foundation is built on leadership, innovation, and a commitment to quality. It was paramount to find a succeeding president that exhibited those core qualities. We searched far and wide and analyzed each candidate to ensure that we found the consummate professional to guide our U.S. team. Bahr’s work ethic along with his industry experience and recognized ascendancy in the commercial and residential markets, both nationally and internationally, made him stand out from the rest.”

Bahr comes to Hansgrohe having worked with manufacturers in the building products and power tools sector. He served as the president of the Franke Kitchen Systems North American business unit for the past year. Prior to that, Bahr was VP of sales with Franke from 2013–2017. Before joining the plumbing sector, Bahr held several key positions with the Robert Bosch Tool Corp. from 2006–2013 after working with the Stanley Black & Decker Corp.

Be the first to comment on "Hansgrohe Inc. Appoints Oliver Bahr as President/General Manager"