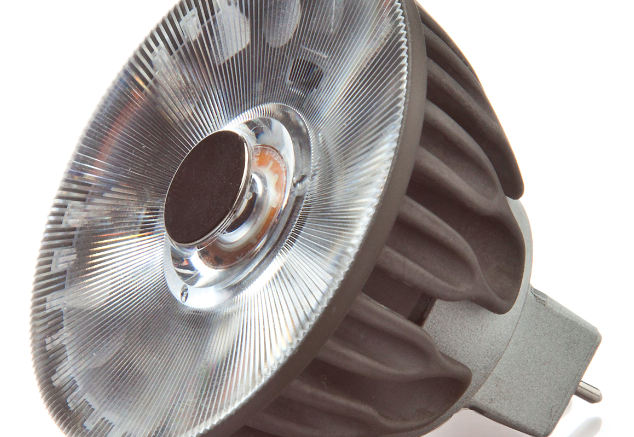 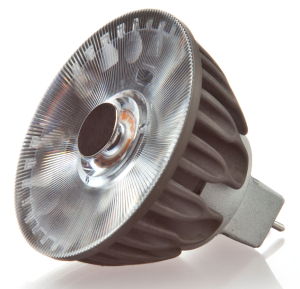 The SORAA VIVID 2 and PREMIUM 2 lamps’ GaN on GaN LED technology leverages the 1000x lower crystal defect density advantage of the native substrate, thus emitting substantially more light and allowing reliable operation at much higher temperatures. This enables a very simple and robust MR16 lamp design that uses a single LED light source and a simple heatsink, while producing 65W to 75W halogen equivalent light output and operating reliably at lamp temperatures of up to 120 C, a requirement for use in the most constrained fixtures.

Be the first to comment on "LEDs Offered as Halogen Replacements"