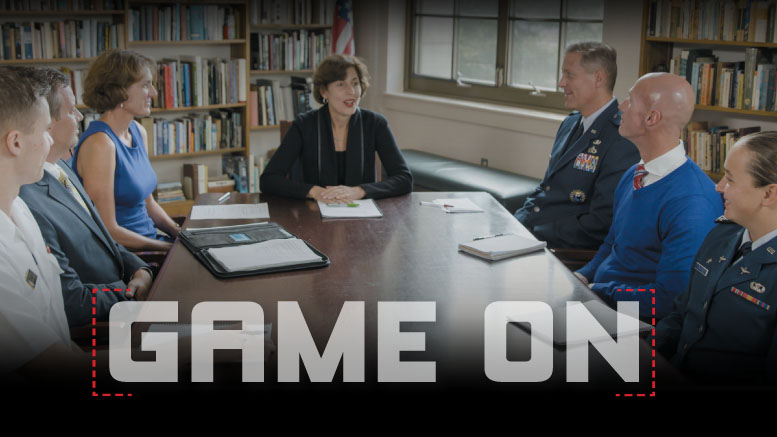 When the U.S. Navy and Air Force faced off in their annual college football matchup in October 2016, fans were likely focused on their age-old rivalry. Little did they know that, in the weeks leading up to the big game, the Naval and Air Force Academies were working closely together—along with the U.S. Department of Energy, Washington, D.C.—on the Better Buildings Challenge SWAP to enhance energy efficiency at both campuses. 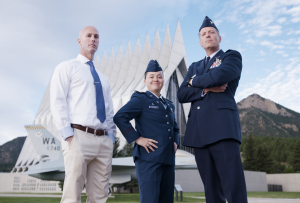 The Air Force Academy will look into upgrading single-pane windows after the Navy visited its campus.

To create season two, the Navy and Air Force teams toured a variety of buildings, including dormitories, cafeterias, academic buildings and labs, exchanging notes and talking through new opportunities to increase energy efficiency while challenging each other to find ways to reduce energy waste. Both academies benefited from exchanging ideas and experiences. They also discovered they are facing similar issues—from feeding 4,400 students at once to heating and cooling massive 1 million-square-foot academic buildings. The results are captured in a fun and engaging way in the SWAP.

Saving energy and reducing waste is important to both military institutions. Their students represent the future of the Navy and Air Force and the challenges they’ve addressed through the SWAP reveal energy-efficiency practices the students and energy experts can implement throughout their tenure in the military. Through the academies’ participation in the Better Buildings Challenge SWAP, energy experts and students realized there is much more that can be done to raise awareness about campus energy use and waste day-to-day on campus.

Jabe Nekula, chief electrical engineer PWD Annapolis, U.S. Naval Academy, suggested window upgrades to help keep energy from the sun from warming the hall. “Some of what I saw at Fairchild, like its single-pane glass windows, that’s technology that in a lot of cases would have been upgraded years ago,” Nekula says. “It gets so hot in that space, they must have been using a ton of air conditioning to keep temperatures under control.”

“We took a lot away from having the team at the Air Force Academy,” Hume notes. “In particular, the windows at Fairchild Hall are something we’re going to have to focus on immediately.”

“We get about 12 percent of our annual electrical requirement from solar power,” Hume says. “The panels on Vandenberg Hall make up a small amount of that. On a sunny day, the south array is creating about one-third of the power the academy is using at the time.”

The Navy team discovered flexibility to incorporate solar technology on some of its historical buildings in Annapolis, Md. Nekula says the aerial view of the academy is an important aesthetic element the Naval Academy has to maintain. It also must preserve the academy’s historic look and feel. However, the flat surface of the Air Force Academy’s solar panels offer Navy tremendous flexibility in working through aesthetic requirements.

“I think some of our own concerns about implementing solar technology have proven to be false here,” Nekula notes. “Seeing this in application really speaks to how flexible solar power can be.”