Founded in 1772 during the Spanish empire expansion with the establishment of the Mission San Luis Obispo de Tolosa, San Luis Obispo is one of the oldest communities in California. Nestled up against the Santa Lucia Mountains in the beautiful California central coastal region, San Luis Obispo boasts an eclectic mix of attractions and activities that appeal to tourists and residents alike. With so much to offer, San Luis Obispo provides a way of life that has also brought the town the distinction of being named the “Happiest City in America” by researcher and author Dan Buettner. 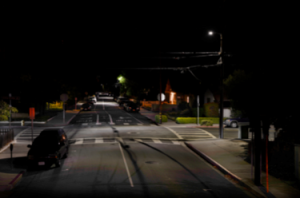 As part of the CAP, the city participated in local utility Pacific Gas & Electric Company’s LED Streetlight Turnkey program to upgrade existing street lights with energy-efficient LED street lighting. According to Tom Lorish, senior customer relationship Manager with PG&E, “This program provides the city with a one-stop-shop project while offering utility incentives for street lights that can make a significant impact on the installed cost of the project. The goal of the program is to implement energy-saving projects, with money saved from reduced energy consumption and operational maintenance costs going towards covering the project financing costs.”

The Turnkey project helped the city of San Luis Obispo obtain funding through a California Energy Commission grant and provided $150,000 in PG&E rebates. With funding in place, San Luis Obispo city engineers began looking for the solution best able to help meet their targets — a search that led them to Cree, an industry leader in LED lighting.

According to City Engineer Barbara Lynch, “The city had adopted their Climate Action Plan, so our goal is to reduce energy usage. Upgrading the street lights was a natural evolution of the energy-saving move. LEDs have low maintenance and long life to them, which is always helpful when you are talking about impacts to staff and workloads.” 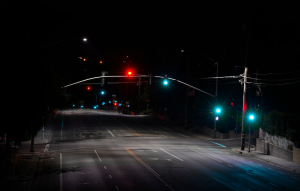 Lynch adds: “The other thing we looked to was the Los Angeles testing.” In 2009, the City of Los Angeles began a massive project to upgrade their street lighting system — the second largest in the country — with LED technology. Cree met or exceeded the expected performance, cost savings and sustainability goals of that project and made the short list of approved LED fixtures for “cobra head” street lights, with an estimated 140,000 fixtures being installed in LA over the next four years. As Lynch confirms, “If you weren’t part of the Los Angeles project, you weren’t anywhere on our list. We want to invest in a fixture that’s going to be high quality, that’s going to last, is easy to maintain and provides the light we want. We want value for our money.”

As a result, San Luis Obispo upgraded almost the entire city with 2,165 Cree XSP Series LED street lights. As Tom Lorish of PG&E states, “At the time we were putting the project together, the XSP Series was the new jump in performance, both from a technical perspective and a price performance perspective.” Cree’s XSP Series delivers up to 100 lumens per watt and up to double the lumens per dollar of previous generations of LED street lights. Beyond these substantial savings in energy consumption and cost, the XSP Series offers better optical control with the NanoOptic Precision Delivery Grid optic, delivering light where the town wants it, not where they don’t.

With the XSP Series upgrade, the city anticipates a reduction in annual energy usage in excess of 750,000 kilowatts while also eliminating 395,000 pounds of greenhouse gas each year. Lynch says: “According to our initial estimate, the upgrade would reduce the city’s electric bill by about two-thirds. We were spending about $150,000 a year on electricity, and we would reduce it by around $100,000. We use that to pay off our CEC loans for 8 or 9 years, and that savings will return to the city after.”

When asked for additional reasons why San Luis Obispo chose Cree as their LED lighting solution, Lynch responded: “It’s about my maintenance staff. It’s what they like, what’s workable for them. What appears to be a quality fixture.” The XSP Series also features the same aesthetics as a traditional cobra head luminaire, making it easier to upgrade incumbent technologies. 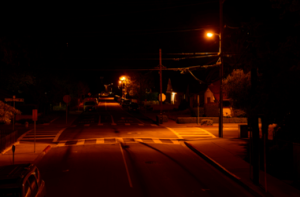 As to another benefit of the Cree solution, Lynch adds: “Ease of installation. It wasn’t too heavy. Some of the fixtures were really heavy, and if you’re up in a bucket and trying to wrestle the thing up there… we have to be watchful of that. Keeping the weight down so one man can lift the fixture without injuring his back is pretty important.” Cree proved to be the right choice as the city estimates that upgrading to LED will reduce maintenance and service costs by 60 percent annually — with fewer replacements and truck runs, less fuel, and reduced overhead.

The combination of outstanding illumination, lasting performance and optimum energy efficiency provided by Cree LED lighting allows municipalities to focus their resources where it matters most. And for San Luis Obispo, that means continuing to keep residents happy while contributing positively to the well-being of the planet.