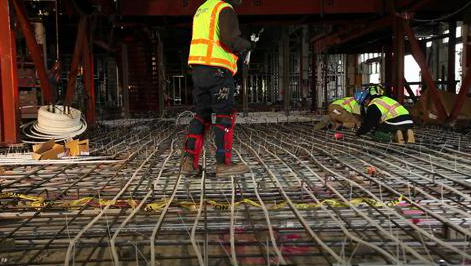 Sponsored by the U.S. Department of Energy (DOE), the Illuminating Engineering Society, and the International Association of Lighting Designers, NGL was launched in 2008 to encourage technical innovation and promote excellence in the design of energy-efficient LED luminaires for commercial, industrial and institutional applications.

Reflecting the continuing development of LED lighting technology, there were marked improvements on multiple fronts in the 2015 NGL competition. For example, winning products beat NGL’s threshold efficacy by 10 to 40 percent—all the more impressive because those threshold levels are raised each year. Lumen maintenance scores—supported by LM80 and TM-21 data—indicate that most of the recognized luminaires have moved well beyond the nominal claims of L70 (70 percent of initial light output) at 50,000 hours—with more than 80 percent of the indoor winners showing lumen maintenance above L80 at 50,000 hours, and more than half of all outdoor entries showing L95 at 50,000 hours. Glare remains the lagging quality among LED luminaires in virtually all categories, although NGL-recognized products clearly outperformed unrecognized ones in this regard.

The idea behind NGL is to make it easier for lighting designers and specifiers to find LED lighting products that are worthy of specification. This means recognized products have to measure up on many fronts. The 2015 NGL entries were evaluated by a panel of 18 judges drawn from the architectural lighting community and were scored on color, illuminance, glare control, light distribution, serviceability, value, dimming control, and appearance—with lumen maintenance and luminous efficacy ratings based on LM79, LM80, and TM21 data submitted to DOE’s LED Lighting Facts program by the manufacturers. Submissions making it to the judging phase included market-ready samples and complete documentation (including luminaire and component specification sheets, LM-79 test reports, lumen maintenance projections, warranty statements, and marketing materials). These documents, most of them submitted through LED Lighting Facts, help make sure actual performance matches what’s claimed.

As LED technology and product design have evolved, NGL requirements have kept pace, becoming more demanding with each passing year. “It’s not an easy feat to achieve NGL recognition,” says DOE Solid-State Lighting Program Manager Jim Brodrick. “The judges are a tough-minded bunch who look for every flaw imaginable and don’t issue their stamp of approval lightly.”

The 2015 Indoor NGL focused on controllability and serviceability, and the 2015 Outdoor NGL focused on serviceability and pedestrian scale, with submissions limited to selected product types to permit additional attention to those key attributes. Indoor products were evaluated at the facilities of Intelligent Lighting Creations outside Chicago, Ill., and outdoor products were evaluated at the Virginia Tech Transportation Institute in Blacksburg, Va.

The 2015 Indoor and Outdoor competitions recognized a total of 28 luminaires, highlighting 12 as Outstanding in one or more evaluation categories. Unlike past NGL competitions, the judges did not designate any winners Best in Class, instead identifying those luminaires considered outstanding according to one or more key criteria, regardless of the product category. This produced a slightly larger, and perhaps even more useful, group of winners at the highest level.

Among the other recognized indoor winners, LumenWerx, Finelite Inc., and Amerlux earned praise for their linear pendant luminaires, and USAI Lighting received recognition for its decorative pendant luminaire. Philips Day-Brite and Digital Lumens were recognized for their high-bay industrial luminaires, with Amerlux receiving recognition for a second wall-washing luminaire. Philips Ledalite and LumenWerx earned praise for their recessed troffers, with Juno Lighting Group and Gotham by Acuity Brands Lighting recognized for their recessed downlights.

NEMA Commends the Release of the Quadrennial Energy Review