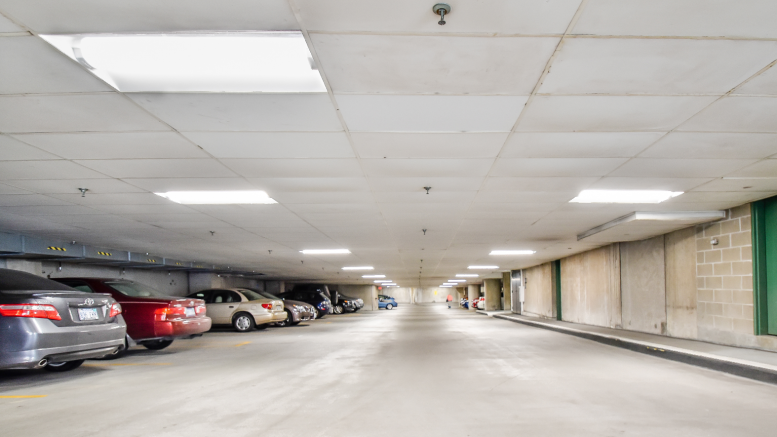 Parking garages seldom conjure images of glamour and rarely are even considered noteworthy buildings. However, these garages’ size and energy demands represent a fantastic opportunity to showcase energy reduction and high-efficiency products. 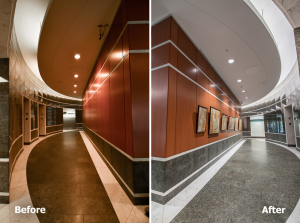 Broadway Square included a lighting retrofit of the parking garage and common areas, including the main lobby.

These two awards are only a small fraction of what MC Realty has achieved in terms of LED lighting projects. It regularly retrofits parking garages and stairwells with energy-efficient products, partnering with clean-energy company BioStar Renewables, Kansas City, for many of them. All told, MC Realty and BioStar Renewables conducted nine LED upgrades in Kansas City that will save an es- timated 2 million kWh per year, or the equivalent of the annual electricity use of 208 homes. Electric and maintenance costs related to lighting should see an 80 percent reduction, saving about $265,000 annually and preventing about 1,400 metric tons of greenhouse-gas emissions per year.

Among the projects are the LEEP award winner Broadway Square Building. Broadway Square included a lighting retrofit of the parking garage and common areas, which include the main lobby and restrooms on each floor. In addition, Poindexter Garage, which won highest percentage energy savings in the LEEP awards, saw an 83 percent energy reduction.

The LEEP awards began in 2012 and since have added more than 560 million square feet of parking structure or lot space, equaling an energy savings of 227 million kWh or about $23.6 million, which is enough to annually power 21,000 U.S. homes.

Laurie Cowin is a freelance writer from Fombell, Pa.