In awarding the project its 2008 Honor Award (one of several awards the project has received), a jury appointed by the American Institute of Architects’ Richmond Chapter called the Virginia Capitol “a significant example of scholarly restoration of a major landmark structure.”

In addition to the restoration, the project involved a complex soil-retention system and the construction of a slurry wall to protect the historic building from the new underground extension. Careful readings were taken on a regular basis to ensure the building did not settle more than 8 mm throughout the construction process, a necessary consideration given that only 9 feet separated the historic sections and the new 35-foot hole for the extension. The extension itself, whose entrance features classical elements, such as columns and a dentiled cornice, required a series of tricky elevation changes as visitors come up from the street to the level of the Jeffersonian building.

“Our worst fear was that we would do something and the front wall of Jefferson’s building would fall off,” Staley says. “We were constantly monitoring it. It was a complex piece of construction.”

“It was a very intimidating project at times,” Skarmeas says. “Jefferson was ahead of his time. He introduced the classical vocabulary to America as the appropriate architectural expression of the democracy after the Declaration of Independence. His masterpiece in Richmond became the prototype for the new standard for all others to follow.” 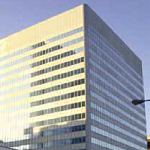 The New York Power Authority (NYPA) calls a 13-story office building in downtown White Plains, N.Y., home. The building’s environmentally friendly reputation got even better with a remodeling of the entire fifth floor in which the outer walls were retrofitted with advanced gas-filled panel insulation from Fi-Foil Co. The insulation, which is manufactured and shipped in a thin, 1 1/2-inch form and expanded to a one and a half inch thickness on-site, is comprised of seven highly reflective layers—two outside barrier layers and five internal ones that separate to form a honeycomb structure to limit heat flow. Using two and sometimes three layers of argon gas-filled insulation panels over existing fiberglass insulation and covering it all with a reflective shield, the NYPA attained an R-value of R-24.2 for the application. 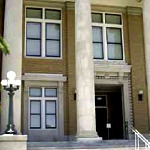 The renovation of the Pinellas County Courthouse, which was constructed in 1917 and added to the U.S. National Register of Historic Places in June 1992, posed some unique challenges. The building needed to be brought up to today’s local building codes, which included meeting structural loads and installating large missile and hurricane-impact aluminum windows, while maintaining the historical integrity of the building. Also, intricate woodwork throughout the building and two different paint colors needed to be matched to the original framing—mahogany-color wood on the inside and a green-color wood on the building’s exterior frames. There were old sash lugs with beautiful ornate work that needed to be replicated. Panning (replicate trim and brick molding) were also required.

The team used 348 3 7/8-inch double-hung windows with dual finishes that matched the site lines so well it was difficult for visitors to notice a renovation had taken place. The Series 672 windows retain an AAMA Architectural Grade rating. The upper sash meeting rail is thermally improved using a two-part high-density polyurethane. All remaining members are thermally enhanced with E-Strut thermal isolators. 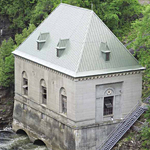 Constructed in 1926 on the Ausable River, the Rainbow Falls Hydro Plant houses two turbines with an output of 2.6 megawatts. Because of water infiltration problems near the dormers and chimney, the historic building was in need of a new roof that could withstand the falls’ mist and harsh weather conditions.

The owners liked the concept of an original design that had a historical feel and chose 5,100 square feet of ATAS 0.032 Standing Seam Shingles in antique patina to resist corrosion and achieve the desired historical effect. Featuring a four-way interlock to ensure weathertightness, the panels were installed with concealed fasteners from eave to ridge over solid substrate. The roof allows for snow and ice to slide off easily, preventing damage from freeze and thaw. 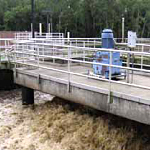 Rome, N.Y., wanted to expand its wastewater-treatment plant capacity to accommodate increasing demands from new businesses in the area. The city also wanted to decrease energy consumption to lower utility costs and reduce operating expenses. Rome  officials wanted to achieve these goals while avoiding tax increases to residents.  Because the existing aeration system was more than 30-years old and consisted of 10 mechanical aerators, customized parts with a lead-time of more than one year were needed. The new parts would cost more than $1 million.

Rome also was able to capitalize on New York’s performance contracting legislation to finance the project with a tax-exempt municipal lease, translating into no tax increase to residents. Through the new system, the city will save more than $100,000 in energy costs and achieve $8.6 million in total benefits during the 15-year contract term with Johnson Controls. 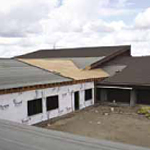 Almost 10 percent of the 250,000-square-foot roof of the Hanford Government Building in Kings County, Calif., was retrofitted with a roofing material that improved the fire-safety rating for the building. Using DECRA Shake for the 22,000-square-foot reroofing project helped preserve the building’s original appearance, as well. The material was selected because of its ability to match the existing roof’s color and texture. Additionally, the product has a high fire-safety rating and long lifespan.

A Persistent and Diligent Team Restores an Iconic Building and, Ultimately, a Community Destination