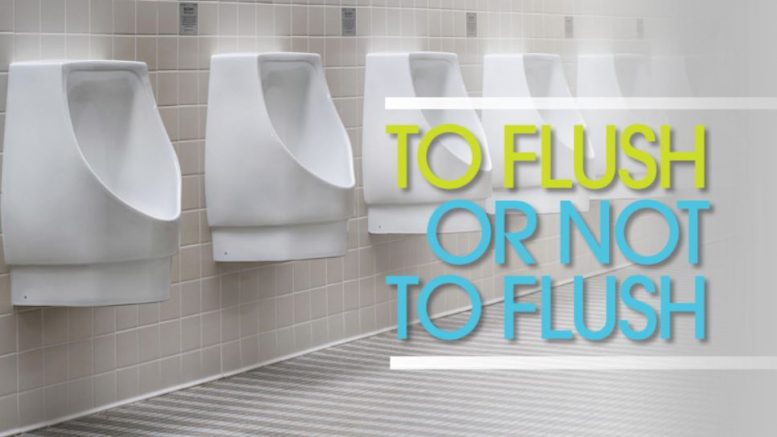 In today’s environmentally conscious era, water conservation isn’t an option; it’s a given, especially as it relates to water use in commercial buildings. In fact, as reported in our September-October 2014 issue, global demand for fresh water will exceed supply by 40 percent by 2030 “with potentially calamitous implications for business, society and the environment,” according to a study on water scarcity by international auditor KPMG. 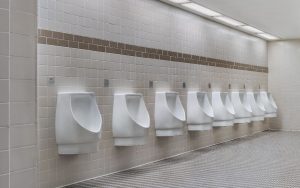 As such, addressing water scarcity is an issue that requires thoughtful intervention, especially in arid climates like California that have experienced severe drought conditions in recent years. To that end, the Golden State in 2015 enacted sweeping legislation (Executive Order B-29-15) mandating emergency regulations that improve the efficiency of water appliances, including toilets and faucets in new and existing buildings.

Although water efficiency mandates are certainly well-intended and may be required in extreme cases, such as in California, there are unforeseen consequences with such measures, especially for existing buildings with plumbing that was never designed to handle drastic reductions in water flow.

Less Is Not Always More

In an effort to address water conservation in commercial buildings, the market has responded with a variety of waterless urinals and other low-flow fixtures that promise to significantly reduce consumption—and they do. Further, with the LEED v4 rating system containing prerequisites and credits for Water Efficiency (WE), many facility executives have upgraded their existing facilities to these more efficient fixtures. So what’s the problem?

According to the Alliance for Water Efficiency (AWE) , Chicago, research indicates the combination of significantly reduced wastewater flows from a wide array of high-efficiency fixtures, appliances and equipment might result in drainline transport problems in some buildings. In its report, “The Impacts of High-Efficiency Toilets on Plumbing Drainlines and Sewers,” AWE notes the problems with high-efficiency fixtures stems from drastically reduced wastewater flows caused by large-scale or severe water-use restrictions, such as those seen in California and Australia. As a result, “some types of building drainage configurations, such as an isolated commercial restroom with very low-volume, high-efficiency toilets, urinals, and faucets located at the far end of a building, in some cases may not always have sufficient liquid flows to transport solid waste at a normal rate,” the report notes.

Also known as “dry drain,” this phenomenon can occur in buildings where continual reductions in water render drain flows insufficient to effectively transport solid waste away from the building, resulting in health and safety issues from drain blockages. While the majority of plumbing systems in existing buildings can handle the retrofits to high-efficiency fixtures, older buildings will likely experience more problems than newer ones, in which drain sizes can be reduced to increase pressure and slopes can be adjusted accordingly. In other words, the efficacy of low-flow fixtures depends on the building and its plumbing system, which vary significantly by age, materials, design and quality of the installation.

In fact, in its 2016 report, “The Drainline Transport of Solid Waste in Buildings—Phase 2.0,” the Plumbing Efficiency Research Coalition (PERC) found in its testing a significant decrease in drainline transport performance between the 4.8 Lpf/1.28 gpf and the 3.8 Lpf/1.0 gpf Flush Volumes. Based on those results, PERC does not recommend the use of 3.8 Lpf/1.0 gpf toilets (or less) in commercial applications that have long horizontal drains and that do not provide additional long duration flows from other sources to assist with the drainline transport of solid waste. (Note: This recommendation only applies to the installation conditions noted above and does not apply to residential dwelling unit applications.)

Does this mean waterless or low-flow fixtures are the sole cause of plumbing headaches in existing facilities? No, not necessarily; but they could be a factor. As AWE is careful to point out: “To be clear, plumbing research engineers and related professionals do not attribute water-efficient toilets alone to be the source of potential future waste transport problems in building drainlines and sewers. Problematic plumbing designs, isolated horizontal drainlines, and significantly reduced flows from multiple other fixtures and appliances would likely also have to be present for stoppages to occur.”

Be the first to comment on "Retrofit Waterless and Low-Flow Fixtures Require Important Steps in Older, Existing Buildings"