On the eastern seaboard, coastal residents know that between the months of June and November, the probability of a hurricane striking their area is relatively high and they will be given ample time to prepare or evacuate. Residents on the West Coast, however, never know when an earthquake will strike and must be on alert year-round. Nevertheless, people living in places, like San Francisco, shouldn’t be completely unsuspecting if an earthquake hits given their proximity to fault lines. 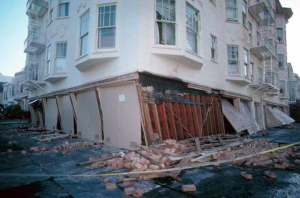 In fact, seismologists at the U.S. Geological Survey, Reston, Va., predict a 63 percent probability that the Bay Area will experience a magnitude 6.7 earthquake or greater in the next 30 years. This statistic, when viewed in light of the after effects of the small but devastating Loma Prieta Earthquake in 1989, has led the city of San Francisco down a preemptive path to disaster mitigation and recovery that is paving the way for other jurisdictions on the West Coast.

A Progressive Approach to Recovery

A little more than a year ago on the anniversary of the 1906 San Francisco Earthquake, Mayor Ed Lee signed into law the Mandatory Soft Story Retrofit Ordinance, which requires the evaluation and retrofit of “soft-story buildings” in the Bay Area. This means current owners of multi-unit, wood-framed buildings must retrofit their structures to better withstand the effects of earthquakes.

While a building mandate of this sort isn’t exactly new (the city of Fremont, Calif., instituted a retrofit ordinance that affected 30 buildings), nothing to date has been attempted on this scale.

“It’s really groundbreaking for a major jurisdiction,” notes David Bonowitz, a San Francisco-based structural engineer and the chair of the Existing Buildings Committee of the Chicago-based National Council of Structural Engineers Associations. “It’s way ahead of what FEMA has ever expected, and really it comes from political leadership … and community consensus.” 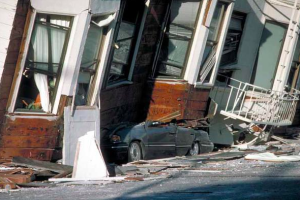 The “soft-story” condition exists as a result of large, perimeter wall openings, such as garage doors or large windows, at the ground level. PHOTO: San Francisco Earthquake Safety Implementation Program

Following the Loma Prieta Earthquake, political leaders in San Francisco worked with industry experts and community members to understand the likely impacts on the city from the next major earthquake and initiated the Community Action Plan for Seismic Safety (CAPSS). The Applied Technology Council (ATC), a nonprofit organization that develops and promotes state-of-the-art, user-friendly engineering resources and applications to mitigate the effects of natural and other hazards on the built environment, was commissioned by CAPPS to conduct a study, titled “Earthquake Safety for Soft-Story Buildings”, that investigates the impact of weak buildings on the city’s resiliency.

The ATC found there are approximately 4,300 wood-frame buildings built before Jan. 1, 1978, the date previously used to distinguish obsolete structural designs from acceptable structures of this building type within the California Health and Safety Code. All these buildings—occupied by nearly 58,000 people, 2,000 businesses and employing nearly 7,000 people—may have a soft-story condition that is within the scope of the new mandate.

While these wood-frame buildings may be deemed unsafe during an earthquake (though safe for occupancy), damage alone isn’t driving the legislation.