Like all species on Earth, humanity spent most of its existence living side-by-side with its sources of food. Traditionally, cities and settlements were built around places where food and water were plentiful. People had an intimate connection with their food and the land that supplied it.

Today, that long-running narrative is very different. Revolutions in transportation in the past century have transformed humanity’s relationship with food. Few know or care where their food comes from. The supermarket is the only touchpoint most have with what they eat, and the items there are very likely to have come from halfway across the country or the world. This not only creates a disconnect between people and the food that sustains them, it also translates into a substantial problem for the environment.

“There is an enormous energy impact in transporting food over long distances,” explains Breeze Glazer, sustainable design leader for the New York office of Perkins+Will. “Our food has developed a heavy carbon footprint in the last 50 years as food production has become more globalized. Our food often comes from very far away.”

As public awareness of this grows and people become more concerned about how their food is handled and prepared, there is a strengthening trend toward locally produced food. 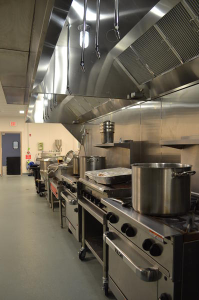 There are some prisons, like New York’s Riker’s island, that have operating farms, so many also see potential in utilizing these reinvented prisons to provide job training for ex-convicts looking for a second chance.

“It’s definitely a topic of growing interest, compared to seven or 10 years ago,” Glazer continues. “There are lots of reasons why you might want to grow food closer to home. For one, having food production closer to home offers greater resiliency. Catastrophes and weather can disrupt the global cycles that bring the food to our plates. The other trend we’re seeing is the desire to support local economies, which was a result of the recession. Everyone is thinking about how they can support their local economy, whether it’s the local coffee shop or the farmer down the road.”

With more communities becoming interested in encouraging local food cultivation and production, designers and for-profit and not-for-profit groups are finding creative ways to facilitate and develop this trend. One way is by repurposing unused, existing buildings to a new life in local food production.

For Gita Nandan and Elliott Maltby, principals at the Brooklyn, N.Y.-based architecture and landscape architecture firm thread collective LLC, decommissioned prisons are a potential gold mine for local food production. A course the two of them teach at Pratt Institute, Brooklyn, sparked a conversation about these kinds of facilities.

“Through discussions with previous clients, we’ve come to this idea of decommissioned old prisons and what they are being turned into,” Nandan recalls. “There are a few examples of how these locations are being re-envisioned into urban agricultural uses. We like to think about architecture and landscape together, so it’s a nice alignment with what we do.”

It’s no secret the U.S. has many prisons, and many are being decommissioned because they can’t live up to code and basic physical requirements of modern correctional facilities. Finding new productive uses for these buildings can serve a dual purpose of saving resources by re-utilizing existing building stock and providing an avenue for the local food trend. 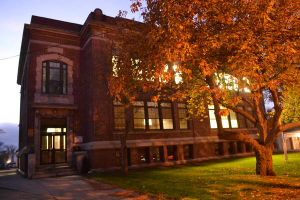 The success of Hope & Main is a reflection on the desire and need for local food resources, and the group’s focus on education is an homage to its building’s original use.

“Prisons often lend themselves to this kind of use because they have a lot of community facilities built into them,” Nandan explains. “It’s a good alignment. They have large rooftops that can be used for rooftop agriculture, and vertical farming can often be done inside with some reconfiguration of the interior. There usually is already a big kitchen, as well as large communal spaces, like laundry facilities, so it is possible to turn them into urban agriculture centers where they might be a school and a companion kitchen and cooking facility. Programmatically, it makes a lot of sense.”

There are some prisons, like New York’s Riker’s Island, that have operating farms, so many also see potential in utilizing these reinvented prisons to provide job training for ex-convicts looking for a second chance. “There are prisons that have agricultural programs built in,” Nandan says. “Interested former prisoners could receive education and be able to move forward through a food-based job training program.”

Schools are another type of communal building that has great potential synergies with food production. Like prisons, many older school buildings simply can’t be brought up to speed with current educational needs but can continue to serve their communities rather than be met with the wrecking ball. One such example is Hope & Main, a nonprofit culinary business incubator in Warren, R.I. Its transformation began with one woman’s very personal journey to the value of nutrition and pure food.

Entries Are Being Accepted for Hansgrohe+Axor Das Design Competition

Moen Faucets Will Include Microban Technology